Don’t get lost in Translation

A trip to Japan promises adventure around every corner, whether you want to learn about Japanese history and culture at one of the country’s many UNESCO World Heritage Sites, eat delectable Japanese cuisine, or ride the lightning-fast Shinkansen trains.

There are a few essential and common Japanese phrases that visitors should be aware of. Here are some basic languages to help you plan your trip to Japan:

You might also be worried about the written language. The good news is that knowing Japanese isn’t required to have a good time in Japan.

People in Japan don’t expect you to be able to read their language, and there are English-language signs all over the country. This is particularly true in tourist hotspots like tourist attractions, shopping areas, train stations, airports, and, in some cases, even the street.

Many would-be travelers are afraid of getting lost in a foreign country where they don’t speak the language, but you couldn’t do much better than Japan to get lost in! Japan is by far one of the safest countries in the world, with crime rates that are astonishingly low when compared to the United States and most of Europe. And the Japanese have a reputation for going to great lengths to help tourists.

Japan has one of the world’s most efficient and reliable public transportation systems, with bus, train, and subway services available throughout the country.

The Japanese take pride in their cleanliness, and you may be surprised by how spotless the streets are upon first arriving in the country.

Hotels and restaurants are usually spotless, filled with pleasant aromas, and cleaned thoroughly and regularly. One disadvantage is that there are rarely any trash cans in public spaces. You could, however, follow the Japanese example and carry garbage with you until you can dispose of it later.

The Japanese have a reputation for being exceptionally polite, friendly, and welcoming around the world. Although the language barrier can be difficult at times, people in Japan will generally try to be as helpful as possible if you ask them a question.

It’s a good idea to brush up on Japanese etiquette before going: the locals will appreciate your efforts to follow their traditions!

Japan has 21 World Heritage Sites, including 17 cultural monuments and four natural landscapes, with an additional eight sites awaiting UNESCO designation. Mount Fuji is one of the most obvious beauty spots to visit, but lesser-known natural gems such as Arashiyama bamboo forest should not be overlooked. The Hiroshima Peace Memorial commemorates the victims of the 1945 atomic bomb, and Shirakawago and Gokayama are must-sees for anyone interested in Japanese history.

The Byodoin Buddhist temple in Uji, a UNESCO World Heritage Site dating back over a thousand years, is one of Japan’s most impressive temples. The Toji temple in Kyoto has Japan’s tallest wooden pagoda and a large garden full of cherry trees. Exploring the elegant architecture and fascinating family legacies of Japanese castles allows visitors to delve deep into the country’s history.

During the Sengoku period of Japanese history, castles were primarily used as homes for local feudal lords and their families. They are distinguished by their elegant façades and interiors, as well as extensive defensive features. The well-preserved Hikone castle, which dates from 1622, and the castle in Himeji are two of Japan’s most impressive castles.

If you visit Japan during the summer, you should plan to attend one of the country’s many colorful Matsuri festivals. These traditional festivals honor legendary historical events as well as various deities associated with a particular shrine in the towns where they are held. Float processions, colorful parades, and spectacular fireworks displays are all part of many Matsuri festivals.

Simply to see the variety of opulent winter illuminations that adorn the city streets during the holiday season, spending Christmas in Japan is well worth the effort. Snowboarders and skiers should take advantage of the many resorts located throughout Japan, as Japanese powder snow is widely regarded as some of the best in the world. Many of Japan’s best ski resorts, including Furano, Rusutsu, and Niseko, can be found on Hokkaido’s northernmost island, as well as in the Japanese Alps on Honshu.

Onsens, or natural Jacuzzis, are hot spring baths in Japan that are filled with mineral-rich spring water heated by geothermal forces. Onsen baths have been found all over Japan since the 8th century, when the belief in the curative and rejuvenating powers of hot springs was at its peak. Bathing in an onsen is a very relaxing experience enjoyed by both Japanese residents and tourists. Food is extremely important in Japanese culture, and you’ll have the opportunity to try a wide range of the country’s many delectable dishes while you’re there.

From international favorites like sushi and ramen to Sukiyaki (beef hot pot) and Yakiniku, there are an endless number of dishes in Japan that will make your mouth water. In addition, Japan has the most three-star Michelin restaurants in the world, as well as a number of Matsuri food and drink festivals to attend during your stay.

You’ll be able to see some incredible modern architecture in major Japanese cities, such as the Tokyo Skytree, the capital’s tallest building. From futuristic capsule hotels with complimentary tablets to high-tech public restrooms, advanced technology can be found in every corner of Japan’s cities. If you want a behind-the-scenes look at Japan’s technological advancements, go to Miraikan – The National Museum of Emerging Science and Innovation in Tokyo’s Odaiba district.

If manga and anime were what drew you to Japan in the first place, you’ll be in heaven in Tokyo, which has a slew of anime-themed attractions. Visit J-World Tokyo, an indoor amusement park based on popular manga characters, the One Piece Tower, or the Pokémon Mega Center Tokyo, a massive store selling Pokémon merchandise available only in Japan.

Fans of classic Japanese animation films like Princess Mononoke (1997) and Spirited Away (2001) should pay a visit to the Studio Ghibli museum in Mitaka to see some of Hayao Miyazaki’s work. Children can play on a life-size replica of the Catbus from My Neighbor Totoro (1988) and watch animated shorts created just for the museum. A rotating series of exhibitions also looks into Ghibli’s creative process.

You might be surprised to learn that karaoke originated in Japan, where it is still very popular: the country has around 100,000 karaoke boxes and bars. Take advantage of Japan’s thriving karaoke scene if you enjoy belting out your favorite songs in front of a small group of friends or a large crowd of strangers.

Fashionistas should make a beeline for Harajuku, Tokyo’s most fashionable district, where the majority of the country’s top designers have stores. Traditional Japanese clothing enthusiasts should travel to Kyoto and try on one of the city’s famous kimonos or yukatas.

With one of the lowest crime rates in the world, Japan is considered one of the safest countries in the world. Japanese people leave their doors unlocked frequently, children riding the subway alone are perfectly safe, and visitors are free to walk around cities at night without fear.

Visitors to Japan should, as they should when visiting any foreign country, exercise caution in crowded areas and use common sense.

You’ll notice your “guard” dissipating in Tokyo (a city much larger and more populous than New York), as if you’ve received enough evidence in the absence of threats that it’s no longer necessary.

Another common concern when traveling in a foreign country where you don’t speak the language is the possibility of being exploited. This paranoid fear frequently prevents travelers from seeking assistance from strangers, which has the unfortunate side effect of preventing travelers from engaging in more immersive and unscripted interactions with locals.

To be fair, most people in most countries would gladly assist you, but there’s no denying that a few people make a living exploiting unsuspecting tourists in some countries.

It is not an exaggeration to say that almost everyone in Japan is eager to assist you. As I previously stated, Japanese people are among the kindest and most helpful people you will ever meet, and once you’ve traveled around Japan, you’ll agree that the local people’s honesty and kindness are a huge part of what makes Japan such a wonderful place to visit.

It’s no surprise that one of the primary functions of police officers stationed in their ubiquitous koban (police boxes) throughout the country is to provide directions to lost tourists and locals alike (the Economist reports on Japanese police searching for things to do).

Ramen shops, cocktail bars run by monks, Kawaii shops with catgirls, and century-old temples are just a few of the ethical Japanese destinations.

One of Japan’s most enduring stereotypes is that the old and traditional coexist peacefully with the modern and futuristic. It is, however, true to a large extent.

In an ultra-modern metropolis like Tokyo, slipping into the past is as easy as taking a stroll through the backstreets of the old-fashioned shitamachi district (particularly in the well-preserved Yanaka and greater Yanesen area) or decompressing at one of the city’s countless Buddhist temples, Shinto shrines, stroll gardens, or neighborhood sento (bathhouses).

Art, architecture, design, film, dance, and crafts in Japan, as well as pop culture (including anime, manga, and video games), are all reasons to visit the country, and are now as much a part of the “real” Japan as its traditional culture.

Almost everyone who has visited Japan has a similar story about a stranger’s random act of kindness and generosity (or a tale of a camera or passport left on a train being miraculously returned). So you can rest assured that even if you forget all of the words and phrases we’ve taught you, the wonderful people of Japan will look after you.

Apart from the fact that it’s a rich and fascinating language, learning even a few Japanese words or phrases will help you connect with the Japanese people you meet and improve your overall travel experience.

Visitors who take time to learn the culture and language are often greeted with enthusiastic oohs and aahs. 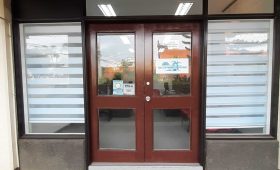 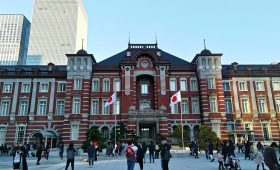