Home>Blog>Everything You Need to Know About Davao and Japan

Let’s take a look back at World War II in the Philippines. For Filipinos they gain such knowledge about the Second World War through history. Japan took over the Philippines from the American control. This war happened between the years 1941 and 1945. After these 3 years of colonization, the US regains control of the Philippines.

After their short-term colonization, the practices we have in the Philippines are similar to those in Japan. We have a strict curfew, Japanese currency is used, and barangays as a neighborhood government system.

Davao City is one of the few cities in the Philippines where Filipino-Japanese friendship has stood the test of time. Davaowenyos with Japanese ancestry are common in this city.

Zen is said to have originated in Japan. Buddhism is one of Japan’s prime religions. It is no surprise that their culture practices meditation to incorporate it into their daily activities. What kind of influence does it have on Filipinos who want to live a Japanese lifestyle?

Karaoke, videoke, and cameras are some examples of Japan’s technological influence. These are the cultural influences that can be seen in the Philippines and are the most visible Japanese influences on Filipino culture.

Japan chose to close its borders. Sakoku or “locked country”, was the Tokugawa shogunate’s isolationist foreign policy, under which relations and trade between Japan and other countries were severely restricted. An in the Edo period (1603 to 1868) took 214 years restricting foreign nationals from entering Japan.

After WWII, Japan spent the next seventy years rebuilding itself as a global powerhouse. This allows them to cultivate their own distinct culture in peaceful isolation.

The first Japanese contract laborers arrived in Davao in April 1903, led by Suda Ryosaku, from Kagoshima Prefecture in Japan, to work for the Awad Plantation at Lapanday in the municipality of Sta. Cruz. Ohta Kyosaburo failed to find work for these laborers in Sorsogon. Therefore 180 Japanese laborers who completed their contracts for the construction of Kennon Road in Baguio were shipped to Davao from Manila in September 1904.

“Japan was very poor. They came to the Philippines to work and make money”, Hiroyuki Mizuguchi, the only Japanese immigrant left in pre-war Davao City, said in a 2012 interview. “It was in Davao City where they became rich,” Mizuguchi said. At the time of the interview, Mizuguchi was already 92 years old.

Philippines after the 2nd world war

The traumatic history of World War 2 left a total of one million deaths among Filipino civilians. The Battle of Manila, the Bataan Death March, starvation, comfort women, mass murders, and other atrocities occurred within the first three years of the war.

There were losses of cultural architectural heritage considered as national tragedy. Many of these were city buildings reduced to rubble causing thousand of locals evacuating or surviving in a distressed state.

Filipino veteran troops who fought in the Second World War are widely regarded as national heroes. Their courage and sacrifices is remembered to this day. Even with the recognition and accolades, the majority of veterans were left without compensation decades after the war ended. The Philippines paid a hefty price for this war.

There are ten camps in the Philippines, with some near the University of Santo Tomas and others in Baguio, like Camp Holmes. A camp with 31,000 trees planted in honor of fallen soldiers, a cross the same height as the Statue of Liberty, and a statue that depicts all Japanese, Filipino, and American people coming together as one.

There have been major changes in Japan’s labor market after the effects of the pandemic. Now, there are huge changes in the business industry, and this is no longer the case. To make ends meet, around a third of the workforce are self-employed, part-time workers, or will juggle a variety of jobs.

“Little Tokyo” is the nickname for Mintal. The majority of the Japanese concentrated in only three districts of Davao City: Mintal, Calinan, and Toril. Somehow, places like this international school run by Japanese descendants keep the memory of Philippine-Japanese ties in Davao City alive. Students of all nationalities will learn Nihongo and Japanese culture. In August, a large group of aging Japanese visit Davao to celebrate Obon, a Japanese holiday similar to our All Souls’ Day.

Take respect, take clean streets, pay that extraordinary attention to detail, that aesthetic magistracy in every single action, in exchange with your own culture. 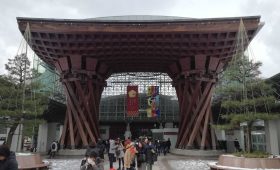 How I Learned to Stop Worrying and Love Japan Tourism 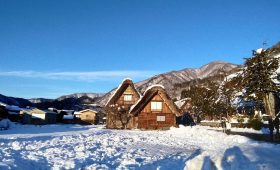 Amazing Japan, the Land of the Rising Sun